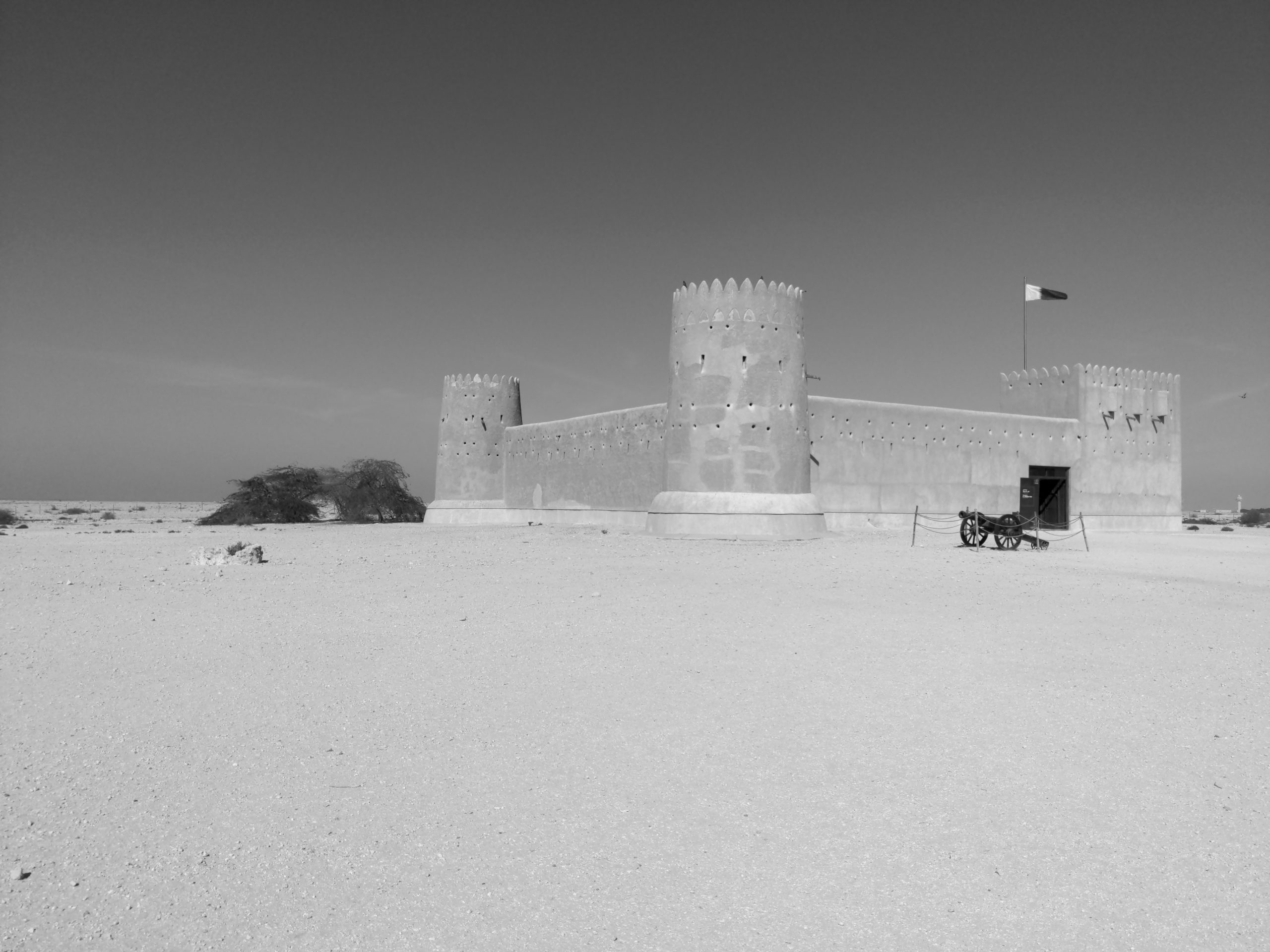 i was up for the day at 1:10am. i slept a few hours. i showered and we headed to Erbil airport. they had a mandatory search of all vehicles (with a dog) plus frisking everyone a mile before the terminal. then at the land side terminal they checked passports, PCR tests, and did a security scan of everything. then we boarded a bus to the airside terminal after waiting a while for the bus to fill up at 02:30am.

once at the terminal we queued for an initial passport & security. the idiot checking my passport was adamant that i needed and was missing a Kurdistan visa. i noted i had an Iraqi visa issued in Baghdad, but he did not care. he eventually gave up without looking at my visa. next we got in the boarding pass line, which was not moving at all because this guy wanted to check 4 heavy, human size steamer trunks but had no way to pay for their weight. eventually he gave up. they checked my CDC COVID card, Qatar entry permit and passport, and i got my boarding pass. next was passport control, which was fine. finally was the last round of security. other than requiring everyone to remove shoes it was ok for me (0 requests to open my bags thus far on this trip), but bad for Dylan. He brought the shell casing from when he fired the gun, and they were very very not happy. After lecturing him for a while, they called a manager, who confiscated the shell casing, photographed it, and made him sign a form (which hadn't been completed yet).

the terminal was spartan, and we started boarding 40 minutes before departure. the flight was fine, and more than half empty. they served hot breakfast and we landed 30 minutes early, just after sunrise. We ended up at a bus gate which did a long tour of the airport. we breezed through a few check points until passport control. I ended up in line behind three Thai women who understood no English. This must have been their first time abroad, as they had no clue about anything. Eventually I got stamped into country #59, and we got out of the terminal and picked up the rental car. I ended up with a Chevy Aveo which is a crappy toy car, buts good enough for 3 days.

First we drove to the hotel, but since it was barely 8am they wouldn't let us check in yet. So we drove out of Doha, and headed north. The freeways are in really spectacular condition. 8 lanes wide, and everyone drives safely. The first stop was about an hour's drive to the Al Jassasiya Rock Carving site. There are huge boulders with prehistoric petroglyphs on them. There were a lot of sea creatures and boats. Its out in the middle of nowhere, so we were alone.

Next we drove for a bit and stopped for gas and snacks. Thankfully gas is dirt cheap (i paid \$15 to fill up), and they took credit cards. it was full service which always feels weird. we drove a bit further into the nearest town to get phone SIM cards, as entry to just about everything requires the Qatar COVID tracing app, Ehteraz, which requires a working cell number. The staff in the mobile shop had about the thickest Indian accents i have ever encountered.

after that, we drove further west around the top of the country to Zubara Fort and Al Zubara Archeological site, which are the first UNESCO sites in Qatar. The fort was pretty cool looking, and had nice exhibits inside. but we ran into Americans in the parking area, which is never a good sign. the archeological site was the site of the pre-Islamic fishing village. there were a few crumbling stone walls left plus the heavily polluted coastline, but that was it. also there was a very lonely caretaker who seemed to be living out there.

it was nearly 2pm at this point and we were getting tired (up since before 2am), so we decided to drive back to the hotel. that took nearly an hour. when we checked in they gave us both free upgrades to suites. the suites are crazy town huge. all marble bathroom, huge living room, massive king size bed with balcony. its like Egypt all over again, as the hotel is a ghost town due to the pandemic.

my suite and huge comfy bed were amazing. until the fire alarm went off at 4am. apparently it was a malfunction. i managed to fall back to sleep. then it went off again at 7am. at that point i mostly just napped for 90 minutes then gave up. it was still lovely to laze about in the huge bed. we asked the front desk, and they claimed it was due to a grease fire in the kitchen, but twice?

Since it was next to the hotel, we wandered the souq for a bit. it was super touristy, but nice & clean. Then we attempted to drive out from the hotel parking garage, only to learn that the front desk neglected to give us the card required to exit for free. Dylan walked all the way back to get the card sorted out and then we headed out.

First stop was the National Library, which is a gorgeous ultra modern building. Its literally just a library (and most books were in English) but was fun to explore for a bit. After that we wandered for a few minutes to the Education City Mosque. This is yet another ultra modern building, and looks absolutely nothing like any mosque that i have ever seen before. Even the minarets were these unique curved steel spires.

Next we drove to see the Barzan Towers. They are 19th century watchtowers built to guard a water source. Nearly 3 stories tall, they were interesting.

We drove another 25 minutes west to the outskirts of the city to see the Sheikh Faisal Bin Qassim Al Thani Museum. This place was huge. Its the private collection of this uber wealthy guy, with literally thousands of pieces of art, clothing, furniture, rugs, weapons, cars, china, jewelry and apparently anything else he ever purchased during his lifetime. Tons of gorgeous, unique pieces from all over the Islamic world, going back hundreds of years. We spent nearly 3 hours and barely scratched the surface. Definitely was the highlight of the time in Qatar. After that we drove back to the hotel to rest up before dinner.

we went to a football game last night. Qatar is hosting the FIFA Arab Games, and Iraq played Qatar at 10pm. yea, it was late. it was kinda interesting, but also sportsball, and boring. anyway, i have now been to a football game.

i woke up at 5:30am. i had to return the rental car this morning. that went smoothly. finding the Metro station at the airport was a huge PITA, but i eventually found it, and got back to the hotel in not much more time than it took to drive.

We walked to Reem Medical Center, which we could see from the hotel. However there was a massive construction site between us and there, which was ridiculous to navigate around. The test was kinda a joke, as they repeatedly mixed up Dylan & my named on everything, including the wrong ages, test results. But in the end we got the negative test results.

After that we took the Metro one stop to the National Museum. Its in complex that looks like a ton of dishes stacked at weird angles. Even the inside was weird. The museum exhibits were interesting and covered the natural, cultural and man made history of Qatar from prehistoric times through the present day.

after lunch we returned to the hotel and relaxed until dinner. we went to a mexican place for dinner. it was actually pretty good, plus it was taco tuesday.

i woke at 03:45am, showered and checked out. The uber to the airport
took 15 minutes. After that it was the typical crappy airport
experience of lines and more lines and pointless security screenings.
Dylan let me join him in a very very crowded lounge. they called
everyone to gates 90 minutes before departure for yet another round of
document checks (but amusingly not my COVID test), and security scans.
My flight took off 20 minutes late. I paid to upgrade to biz class, and it was worth every dollar. Easily the best biz class experience I've ever had. We landed a few minutes late at SFO, but I got off the plane fast, and was out of terminal less than 20 minutes later.

All of the trip photos are posted HERE. A GPX map track from the trip is: